October 07: The journey of Abhijeet Singh, the owner of Bollyframe Music, stands true to its name, which means a man who wins over everything. Abhijeet is not only a dreamer but an achiever as well, and unless he gets it, he really strives for it.

In his initial days after college, he had a nine to five desk job, but his heart was always into music. He had a dream of having a well established music label someday. .  This dream started at the very niche level, with just a few friends, he started to make videos with a handy cam. Still, because of his family responsibilities, he had to step back from music and first focus on building a successful business, for the next few years, he worked really hard to establish his businesses in India, Dubai and the UK.

He came back to India in 2018 and gave his dream a shot, and a year and a half later, Bollyframe Music was born with the sole purpose of providing a chance to the voices which go unheard. Abhijeet not only decided to give an opportunity to singers but also to lyricists, composers and actors who had the potential to dream and to do big in life.

It’s rightly said that “nothing worth having comes easy in life”. Since Bollyframe was a newbie and Abhijeet had no prior experience launching and running a music label, he faced tons of rejections and disapprovals while casting actors and musicians. He then decided to launch his brother Abhilash Kumar in his first music video as the lead singer. The song was directed by Abhijeet’s best friend, who is also a famous celebrity photographer Sajid Shahid. With limited resources, the song was shot in two countries, Dubai and India.

From absolutely no knowledge of the industry to being a producer, the song finally went on to be released with Saregama and became a big hit. Since then, there has been no looking back for him. Now every month, Bolllyframe is coming up with new hits and new talent. People do not just love the kind of content his label is creating but appreciating the initiative the team has taken.

From being a metal trader to launching songs and helping people build their career on various levels, Abhijeet is true to his name – winning over everything. 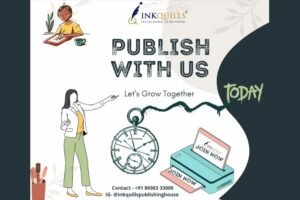 InkQuills Publishing House: An Evolutionary and Approachable Go-to Solution for Writer and Authors