Bengaluru (Karnataka) [India], July 22: Golden Globe Honors Foundation, a Bangalore-based pioneer non-profit organization, honors Mr. Narendra Modi, the present and second tenure Prime Minister of India, with the Medallion of Solidarity and Certificate of Honor – The Exclusive Big Heart Philanthropist, for his colossal contribution to the global good of humanity fighting against the Covid 19 pandemic as the people of the nation clinched to their hopes of returning to normalcy.

Narendra Damodardas Modi, popularly known as Narendra Modi, is one of the world’s most influential and successful leaders. From being the first-ever Prime Minister born in independent India to being an active politician in resisting the impact of Covid-19, Narendra Modi is one phenomenal administrator with interminable achievements and several key endeavors.

Narendra Modi, the Vadnagar-based self-made leader, is a renowned philanthropist who aims to make India a completely self-reliant nation through his consistent yet remarkable reforms. With his immense dedication and sound efforts, he plans to boost the nation’s federal setup by emphasizing its sovereign status.

The excellent orator is known for his moving and electric speeches at national and international conferences. His easy-to-understand wordings and dramatic tone have helped him resonate with his audiences deeply and win their trust throughout his seven-year-long administration. Surely, his dynamic personality and influential aura make him one of the world’s most powerful leaders of all time.

In his 7-year long tenure as the Prime Minister of India, Narendra Modi has made some great contributions through his purposeful endeavors. He has made continuous efforts to provide the needful help to the poor and unprivileged sections of society. Although the economy has been facing a slowdown as an after-effect of the Coronavirus pandemic, the first five years of PM Modi’s administration have been commendable. The Indian economy has witnessed rapid growth in the country’s Gross Domestic Product under his visionary administration.

His increasingly and heavy-handed attempts such as the introduction of Niti Aayog, The Ayushman Bharat Scheme, The Pradhan Mantri Garib Kalyan Yojana, The Pradhan Mantri Ujwala Yojana, and Sukanya Samridhi Yojana, amongst others, are dedicated towards significant aspects such as the nation’s overall development, large-scale employment, availability of great medical facilities, advancement of the rural population, implementation of rigid laws, business growth, agricultural growth, child abuse, clean environment, and strengthening relations with other countries make him an established world leader.

The massively supported Indian politician also has a wax statue in the world-famous wax museum, Madame Tussauds, London. His tremendous contributions towards promoting global economic growth and initiatives towards international cooperation between nations have been recognized by the Seoul Peace Prize jury. He has become the first Indian to receive the Seoul Peace Prize for his mighty efforts towards social upliftment and environmental protection.

In 2018, PM Narendra Modi was awarded Russia’s Highest State Decoration: The Order of St. Andrew the Apostle for his exceptional services in strengthening the Indian and Russian Federation friendly relations. In 2020, he was awarded the Ig Nobel Peace Prize. The former President of the United States, Donald Trump, has also recognized PM Modi with the Legion of Merit. He is determined to make India reach unscaled heights under his tenure.

Golden Globe Honors Foundation will be rightfully honoring the esteemed Prime Minister of India, Mr. Narendra Modi, for his unprecedented work and unwavering dedication to building a more humane and protective environment across the globe, especially in India. He will be awarded the Medallion of Solidarity & Certificate of Honor – The Exclusive Big Heart Philanthropist for being a symbol of light and eternal hope.

The Exclusive Big Heart Philanthropist is a vigilant and zealous initiative promoted by the Golden Globe Honors Foundation. Apart from such meaningful and intellectual initiatives, the foundation also concentrates on recognizing the first 1000 Privileged, Exclusive Big Heart Philanthropists, Global Leaders, Unsung Heroes, and Super Humanitarians for being the elite torchbearers and role models for the upcoming generations.

Golden Globe Honors Foundation will use every contribution it receives for empowering 300+ families across the nation with sustainable necessities so that the underprivileged can live their lives with dignity and honor. The foundation will also promote the contributors across the globe through their social media, press releases, and awareness campaigns. They call upon the humanitarians across the globe to join their cause to build a better future and better leaders of tomorrow.

The young and dynamic social entrepreneur, humanitarian, visionary, and motivational speaker, Dr. Bharath Chandran (hc), is the founder of the prestigious foundation and global campaign, Golden Globe Honors. Through his non-profit organization campaigns, he aims to congregate, join, empower, and honor penetrating voices, such as PM Narendra Modi, who readily speak out for environment protection and social upliftment of our planet and humanity. 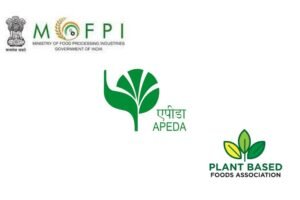