Holocraft, based in Chennai, Tamil Nadu, was founded in 2020 with the primary goal of producing high-quality material for Virtual Production. The company employs a group of talented designers and engineers that specialize in virtual production and real-time technologies. LED in-camera VFX, Green screen Virtual Production, Real-time Animation, Motion Capture, 3D content development, Pre-visualization, and consultancy are just a few services they do. Praveen Raj Jayachandran is a technology evangelist with a decade of expertise in cutting-edge technology. He has been instrumental in creating awareness of Virtual Production technology by conducting workshops for film industry technicians.

Q – Tell us something more about the Holocraft inception?

Praveen Raj Jayachandran – In 2016, I began using the Unreal game engine. When I started developing Arc-viz and VR applications, I could bridge the gap between digital (3D) and the real world by creating virtual environments. I met Sreejith Sreenivas in Dubai, where I was the Director of an AR/VR company. As we got into a discussion, we figured that we were both interested in the idea of exploring the field further. Technological advancements in GPU fuelled Unreal engine’s ability to create photo-realistic content. Finally, Virtual Production became a reality for us in 2019, when we eventually left our jobs to co-found The Holocraft.

Q – What are the products and the services you offer?

Q – In which technologies do you specialize?

PRJ – We specialize in technologies like Motion-capture, Real-Time Animation, and Camera Tracking Hardware & Software, along with green screen production.

Q – How do virtual productions enhance the experience for both audience and filmmakers?

PRJ – Virtual production is the process of producing animated content entirely using the game engine technology in real-time. It uses the virtual production pipeline to carry out the traditional production process of shoot, lighting, editing etc., all in Real-time in virtual environments. It helps the crew to visualize the entire production virtually in Real-time as it is being shot. Through real-time production, the rendering time can be reduced to just a fraction of an offline renderer, giving the filmmakers more time to iterate and produce content faster.

Q – Where do you see Holocraft 5 years down the line?

PRJ – Virtual production is changing how filmmakers think about creating and producing media. The innovation in real-time technology and the faster pace at which filmmakers can produce and visualize quality content would lead to a rapid increase in the adoption rate of real-time and virtual production technology. The Holocraft is strategically positioned to meet the virtual production market’s content and hardware requirements. Five years down the line, we see The Holocraft evolve itself to be a brand and platform that enables content creators and filmmakers to explore, craft and tell stories with breathtaking visuals at a fraction of the cost and time it takes for traditional production. 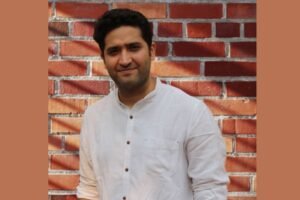 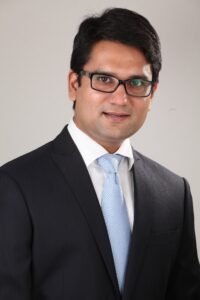